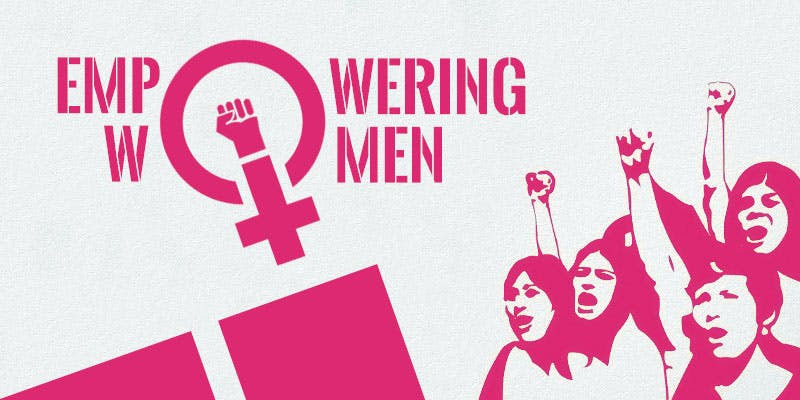 Women empowerment is the recreating the environment which has been denied to them and allows them to take own decisions in their personal life as well as for society. In other words, women can increase and improve the economic, social, political, legal strength, equality as like as men have in the society.

Women are started to participate in the national development process and they are making the nation proud by their outstanding performances across the world including the medical field, social service, engineering, etc.

Women should be treated equally to men this would help her to develop a good emotional health.

“Feminism is not about making woman stronger. Women are already strong. It’s all about the way of the world perceives that strength”. #mygirl #mygod.

Every Woman deserves to be treated with respect and dignity. Not allowing them to get educated or not providing them with a safe working environment is against basic human rights. The role of women in the society should be increased to develop the world in all aspects.

Why is Women Empowerment Important?

Unemployed women: Women population constitutes half of the world population count as around 50%. A large number of women around the world are unemployed due to restrictions, disallowing for higher studies and jobs. Our world economy suffers a lot because of these reasons.

Missing intelligence: Actually, we are missing the knowledge and intelligence of working women because they are equally competent. Even we can say, women are even ahead of men in many socio-economic activities.

Restricted talent: Women’s talent has been wasted in the home by the prohibition of the people’s thoughts. But now they are allowing for higher education like men and hence their talents not wasted. Women are going to higher studies and it encourages women to show their talents which will not only benefit her individually also to the whole world. Today, many women are occupying the top position of multinational companies, politics, being as entrepreneurs and well-reputed positions in the society.

Economical Benefits: Women Empowerment helps to improve economic benefits in the society as well as individual needs for their family. Unlike earlier days when they stayed at home only nowadays, they came outside standing in own leg and also earns money like the male in the society. It helps to meet the essential needs of the family and grows the country’s economy.

“Educate a girl she can change the world”#mygirl #mygod

Indian Olympic boxer who is the only woman boxer won a medal in each one of the six world championships. Native: Manipur

Indira Priyadarshini Gandhi was the first, the only female Prime Minister of India. Native: Allahabad

Kalpana Chawla was an American astronaut and the first woman of Indian origin in space. Native: Karnal,Haryana.

V. Shanta is a prominent Cancer specialist and the chairperson of Adyar Cancer Institute, Chennai.native: Mylapore,Chennai.

Sarojini Naidu was an Indian independence activist and poet. She became the President of Indian National Congress. Native: Hyderabad