Srirangam Sri Ranganathaswamy Temple is in Thiruchirapalli Tamilnadu. it is also called as Thiruvarangam. This temple conserved the cultural heritage of Tamilnadu.it is most important one among the 108 divya deshams.It is considered as a first and foremost temples of all divya deshams.

It is situated in between the river Cauvery and kollidam. Recently, It wons UNESCO Asia Pacific Award of Merit 2017.This temple is dedicated to Lord Vishnu.Lord Vishnu is the main God in this temple.

The great manual effort made it now.The process of renovation and restoration of the temple by the local craftspeople competed with nine countries.Finally got UNESCO Asia Pacific Award of merit 2017.

The renovation and restoration progress started in June 2014 by Former Cheif Minister Jayalalitha. she was elected from the Sri Rangam constituency in 2011. 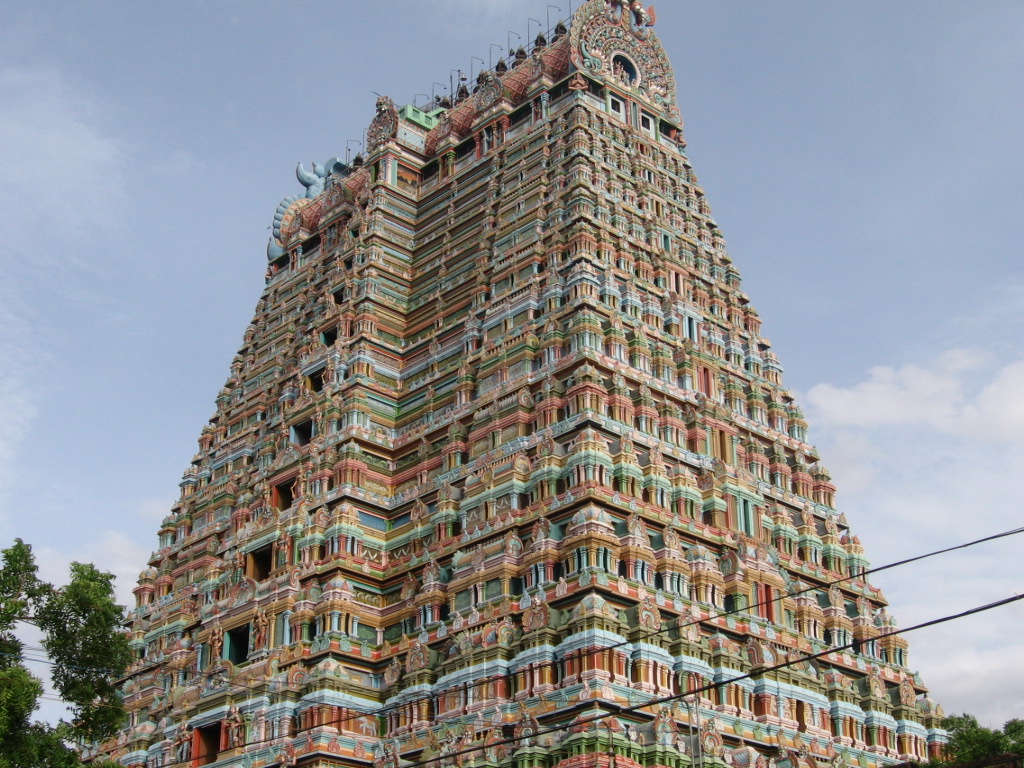 The massive project was executed through the Government and private partnership has won this award.The kumbabisekham was performed as two sessions in September and November 2015.

The renovation work was done by the experienced craftspeople under the guidance of archaeology experts with principle of ancient building and sites.

Traditional construction materials and techniques are used for the renovation of the temple.It shows our tradition and culture of Tamilnadu UNESCO jury praised the temple especially in the architecture of the temple revealed original shrines.

There are totally 21 gopurams in this temple.the old appearance of the temple has changed.

The temple covers nearly 156 acres which are constructed by the dravidian style of architecture.there are 21 gopurams.the main gopuram among these 21 is called Rajagopuram is about 237 feet high with 12 kalasams.

The gopuram of Ranganathaswamy temple is the biggest gopuram in Asia.

Lord Vishnu is the presiding chief deity in Ranganath Swamy temple facing the south direction in reclining position.His Goddess named as Boodevi and Sridevi is positioned just before the lord Ranganathar.

This temple is most preferred and important one among the all Tamilnadu tourist places and Tamilnadu culture.

This temple attracts the devotees with more attention and also foreign tourists.