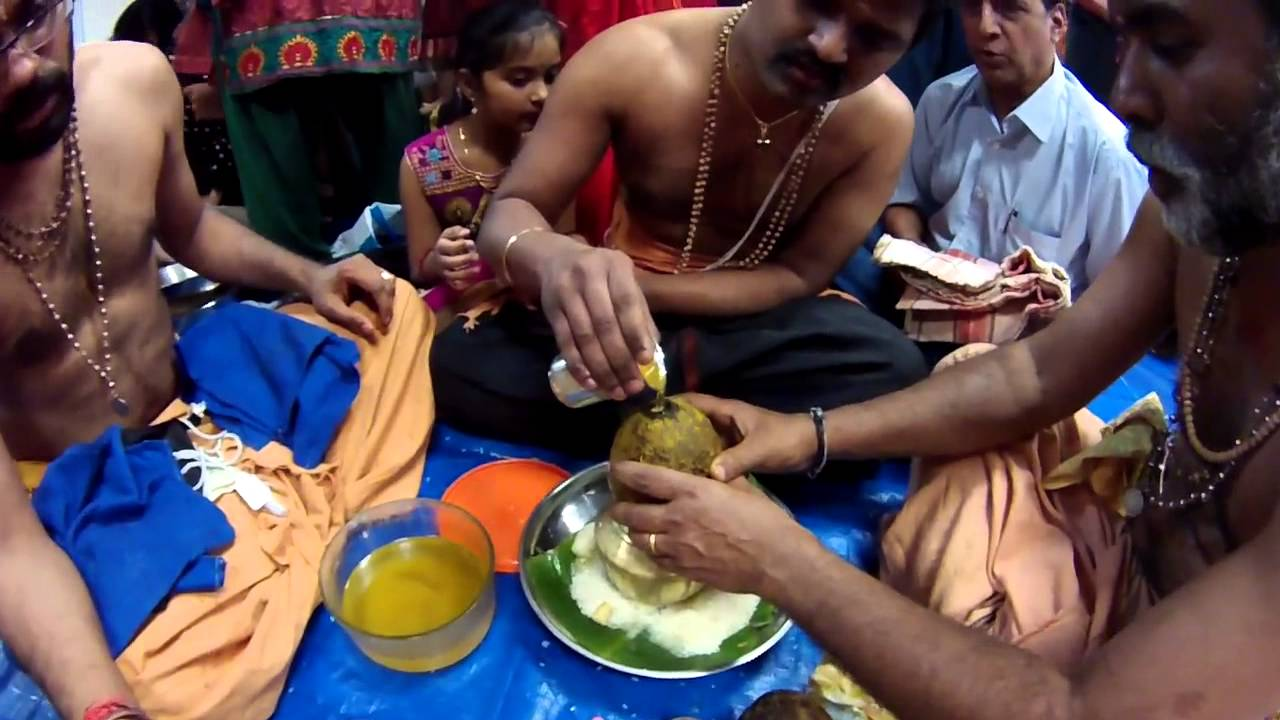 Sabarimalai ayyapan temple is an ancient and prominent Hindu pilgrimage temple which is located in the western ghats mountain ranges of Pathanamthitta district,perunad grama panchayat in Kerala.

Nearly, 40-50 million devotees visiting every year to this temple which considered as one of the largest pilgrimages.

It is situated among 18 hills and surrounded by mountains and dense forests which contains many temples in surrounding areas like Nilackal, Kalaketi, and Karimala and the shrine of Sabarimalai ayyapan also known as sasta and dharmasasta.In the 12th century the prince of pandalam dynasty, manikandan meditated at Sabarimala temple after killing the powerful demoness,mahishi.

The rituals and customs followed by the devotees during the viratham period:

The main custom of Sabarimalai ayyapan temple is wearing special malai for 41 days by the devotees,they would be expected to follow viratham after wearing the special mala (made mainly of Ruthracham or thulsi’s bead garland attached with pendant of lord ayyapa) which was worn through gururswamy(who climbed eighteen steps 18 times at Sabarimalai ayyapan temple) with whom the devotee intend to perform yatra.

The mala contains 108 ruthracham while doing prayer the devotees will say 108 mantra’s for lord ayyapan. 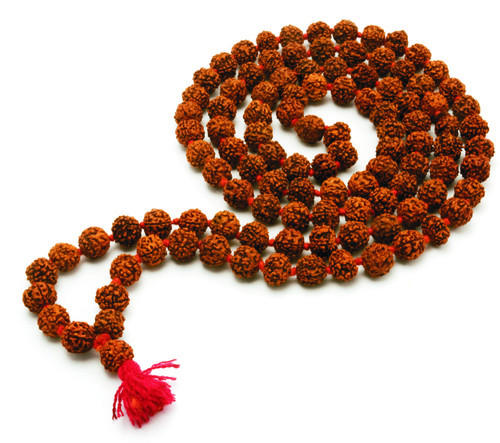 This viratham defines the devotees should eat a limited amount of food as required to subside the hunger(fasting), always speak the truth, should give respect to others, for example, address the persons as manikandan or Swamy.As for as possible, Take to participant all poojas with all devotees. 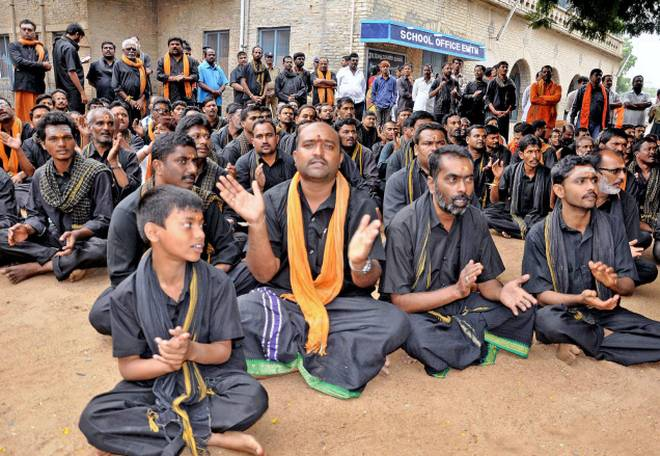 Devotees would eat hygiene food and they completed away from nonvegetarian and they don’t watch any movies at that time.

Devotees should sleep on the floor, they can use blankets or bed sheets and they should black, orange, grey color dress during viratham period.

Be polite with others control their temper, don’t wear sandals, put Santhanam(sandal paste) on their forehead and they won’t attend any death ceremony during the viratham period.

Mens all ages would allow going the Sabarimalai temple predominantly, women 10 to 50 ages are not allowed to go this time because of women’s menstrual period.women who have to attain menopause can go to Sabarimalai darshan.

Devotees would do poojas in their home every morning and evening during the viratham period, they should not drink and behave austere, total abstinence from the practice of these things like alcohol, hair cutting, shaving, tobacco.

No sexual relationships with spouse. 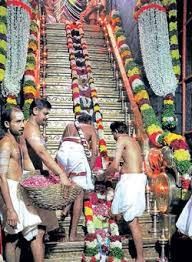 The devotees would carry on their head called as irumudi kattu(which is two pouches stuffed with coconut filled with ghee, camphor, unboiled rice, plantain (kadali), aval (flattened rice), pori, sandal paste incense sticks, kumkum (vermilion), vibhuti (sacred ash),turmeric powder, jaggery, kalkkandom (candied sugar)and coins for dakshina.,they put hole on the top of the coconut and filled the ghee for abshikeam to lord ayyapa,then bedspread for the devotees to sleep in the rocky land.

Before the commencement of darshan to the sabaraimala temple, devotees depends on their capacity will serve annadhanam(free food to people by the name of lord ayyapa) to the people.