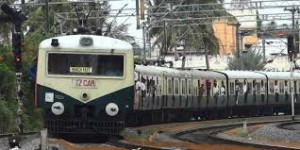 More than 10,000 commuters used the MRTS services when the number of trains almost touched the pre-Covid-19 level on Monday. Railways now run 80 trains against the pre-lockdown figure of 81 and close to lakh commuters.

In October, only a handful of trains were operated for railway workers. The number of services was increased to 40 a day around two weeks ago. This was further increased on Monday bringing it almost to the pre-Covid19 level. However, the number of commuters is low because there are still restrictions for the general public from using MRTS and suburban trains during peak hours. In addition to the Velachery-Beach services, railways have also started trains from Velachery to Avadi and Arakonam. 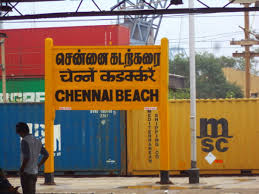 “The patronage is likely to increase in the coming days when more people come to know about the services. However, a good number of people who used to travel by trains were those who worked in private firms and IT companies in Mylapore and Thiruvanmiyur. Many of them continue to work from home,” said a railway official.

The patronage was low on Monday as railways decided not to publicize increasing services on the MRTS section. Meanwhile, suburban trains – 580 services a day – have been running become crowded during peak hours though all are not allowed to avail of the service during the period.

“Railways are allowing different categories of commuters to use the trains in a gradual manner,” he added. The public can travel only during non-peak hours while women and children throughout the day. T Sadagopan, a consumer activist, said railways should take a decision on what to do with the unused season tickets. People who had taken season tickets for six months or so could not use them because trains were suspended or people were not allowed to board during the shutdown. The money should be refunded or the old tickets allowed.