Sri Karkadeshwarar Temple, a must-visit Hindu temple for Karkada / Kataka Raasi (Karkada / Cancer sign) people, and its located at Thanjavur district, Tamilnadu, India.    The historical name of the place is Karkteeswaram and Nandankoil. The main god is Shiva. He is called Karkadeswarar. His consort is known as Apoorvanayaki Amman. 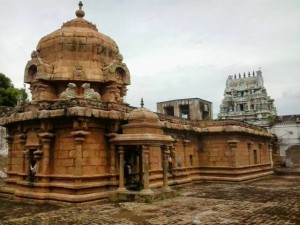 If you or your dear ones belong to Karkada raasi (Karka/Cancer zodiac sign) praying here can bring in a wholesome life by relieving you/family from circle of problems and distress – be it anything.

This temple is also said to bring cure to sick-stricken people. It is believed that the Swayambu Lingam being Navabashanam – offering gingelly oil abhishekam and consuming the same oil will bring good health. 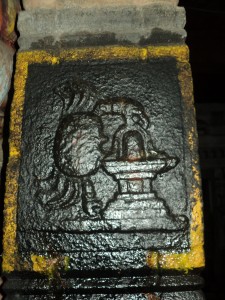 Once when Sage Durvasana was deeply engaged in Shiva pooja Gandharva mocked at his aged appearance. The Sage, undeterred by the behavior of Gandharva continued to perform his duty with deep bhakthi. The mischief-maker then crawled like a crab (nandu/kekada) to distract the Sage. Now, the Sage couldn’t withstand Gandharva anymore and cursed him to become a crab (nandu/kekada). Realising his folly, the cursed crab seeked pardon from the saint. Maha-rishi advised Gandharva to get engrossed in Shiva pooja to seek relief. He came to this place in form of crab and bathed in Pushkarni, picked up flowers and prayed the Lord. 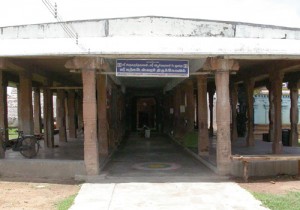 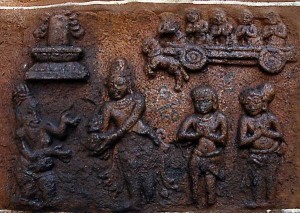 Meanwhile, Lord Indra had also come to offer his prayers as per the advice of his guru to attain supreme powers. Indra too bathed in Pushkarni and picked up 1008 flowers for the Lord’s abhishekam. Every time Indra would collect the exact number of blossoms it would be one less of the count. When he saw a crab performing poojas with one flower, Indra thought he was the only one righteous to perform the holy pooja and took up his sword to kill the creature. To save its life the crab ran to the Lingam. All of a sudden a hole was created on the Lingam and the crab buried itself in it. But Indra’s sword was too swift and created a scar over the Lingam. Lord Shiva appeared before Indra and said one can’t win by arrogance but only by staying humble and gave back the crab its original form.

As Lord granted salvation to a crab (nandu/kekada) he is praised as  Sri Karkadeshwarar. With time the Lingam got buried in the sand. 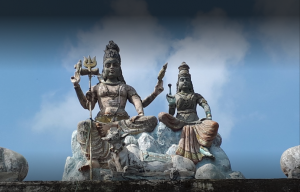 The greatness of the temple:

A Chola was once affected by an unknown disease causing paralysis. Several medications were given to the ruler but all in vain. The king then surrendered under the Lord Shiva’s feet. The same day an aged couple visited the royal court and asked him to go to this place and excavate the buried Lingam and offer prayers and build a temple. The couple then disappeared; it is believed that they were Shiva-Parvati in disguise. The king then followed the instructions and built a shrine. Since the original Ambal statue was missing, another statue was made and installed as Arumarundu Nayaki. After a few days the former statue was also found and kept in the temple as Apoorva Nayaki.

The king then free from his ailment ruled with modesty and just.

Tirungnanasambandar describes the feature of the deity as: 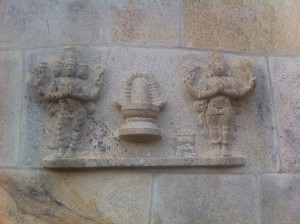