Tourism: Tourism is a journey of joyful pleasure in which visiting several places in and around the world. Tourism in India is economically very important to your country. India is the One of the best Tourist spot country and best holiday destination from all over the world. India has 29 states 640 districts and more over 4,000 cities with 132.42 crores people. Each and every city at least has one special unique tourist spot that everyone should see once in a lifetime.

Are you are a Tourister ? Looking for best places in the world? Then, surely you must visit India once in a lifetime. All the World wonders places in one country called INDIA. India has many best tourist places and amazing place to visit in the world having lakhs of tourist spot in one country that is none other than India.

Here you can see world best places vs India:

1. Switzerland vs Kashmir: The landscapes of Kashmir attract the touristers and it is rewarded as second best paradise on the earth. Kashmir is a state in northern India most part with Himalayan Mountains. Kashmir has several valleys such as Kashmir valley, Chenab valley, Sindh valley and Lidder valley.You can enjoy the hot & delicious Kahva while admiring the snow capped mountains sitting in your Houseboat.Food & Rent is a costlier in Switzerland than Jammu and Kashmir.hand adventure sports are much less hassle & travel is a lot easier in Switzerland.

2. Japan vs Nainital: Nainital is a Himalayan resort town in the Kumaon region of India’s Uttarakhand state. One of the most popular getaways and a tourist destination, Nainital is full of picturesque landscapes, pristine lakes and enjoyable weather that attracts Indian and international tourists too. While comparing to japan,nainital has as much as picturesque landscapes and gardens are being there.

3. Sahara vs Thar: Thar Desert, also known as the Great Indian Desert, is a largely arid region in the northwestern part of India. The Thar desert is the 18th largest subtropical desert in the world. Amazing places to visit in Thar deserts are Thar Desert Culture, Desert Cities of Thar, Desert Tribes And Villages, Desert Camel Safari, Flora of Thar Desert, Birds in Desert, National Parks and Wildlife Sanctuaries. This is one of the best desert in the world.

4. Scotland vs Himachal Pradesh: Himachal Pradesh is a northern Indian state in the Himalayas. Its home to scenic mountain towns and resorts such as Dalhousie. Himachal has spectacular snowy peaks and plunging river valleys. India’s best adventure places playground like trekking and climbing, paragliding and skiing. Himachal is the most attractive and adventure place in the world. 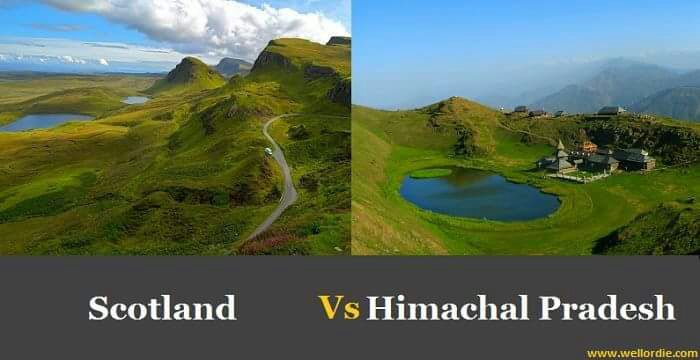 5. Amsterdam vs Srinagar: Srinagar is the largest city and the summer capital of the Indian state of Jammu and Kashmir. Srinagar Was Famously known as ‘Heaven on Earth’, Srinagar is every bit the epitome of paradise place on earth. It has a cool, pleasant climate all the time. Best places in Srinagar are Tulip garden, Shikara ride, Dal lake and much more place to go.

6. Madagascar vs Andaman: The Andaman Islands are an Indian archipelago in the Bay of Bengal. These roughly 300 islands are known for their palm-lined, white-sand beaches, mangroves and tropical rainforests. Beaches, Watersports, Honeymoon, Luxury Tours, Trekking and many fun places to spend a day joyfully. Luxury place in the world and top destination place in the world.

7. Antelope valley U.S.A vs valley of flowers Uttarakhand: Valley of Flowers National Park is an Indian national park, located in West Himalaya, in the state of Uttarakhand. A sprawling expanse of 87 square kilometers Valley of flowers is set in the backdrop of the majestic Zanskar Ranges. One of the best tourist destination in the world.

8. Christ the redeemer BRAZIL vs Saint Thiruvalluvar statue KANYAKUMARI: Kanyakumari is a coastal town in the state of Tamil Nadu on India’s southern tip. The Thiruvalluvar Statue s a 133-feet tall stone sculpture of the Tamil poet and philosopher Tiruvalluvar, author of the Tirukkural, an ancient Tamil work on secular ethics and morality. Kanyakumari is the place not to be missed on your visit to India. Beautiful place to visit.

9. Malaysia vs Kerala: Kerala, a state on India’s tropical Malabar Coast, has nearly 600km of Arabian Sea shoreline. It’s known for its palm-lined beaches and backwaters, coconuts, a network of canals. Kerala is also called God’s own country. Munnar is famous for its tea plantations. It is a beautiful hill station located on the flat of Kanan Devan hills at 1600m above sea level. Munnar is the Queen of hill station in kerala and recommended holiday destination place in the world. 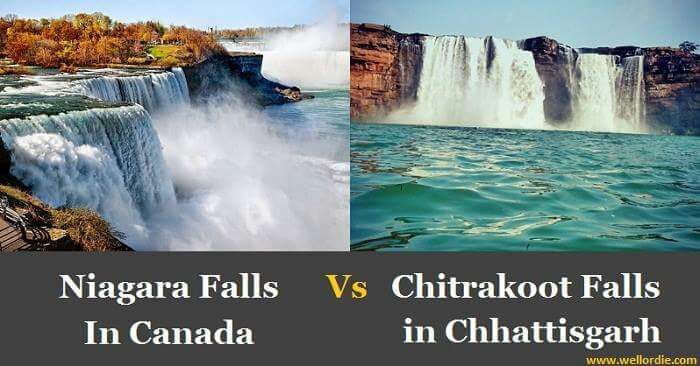 11. The Great Wall of China vs kumbalgarh Rajasthan: Kumbhalgarh fort is a Mewar fortress on the westerly range of Aravalli Hills, in the Rajsamand district near Udaipur of Rajasthan state in western India. Kumbhalgarh Fort is one of the five hill forts of Rajasthan that were declared the UNESCO world heritage site in 2013. Constructed on the foothills of Aravalli ranges, it is surrounded by thirteen hill peaks of the ranges and is perched at an elevation of 1,914 m. Famous holiday destination.